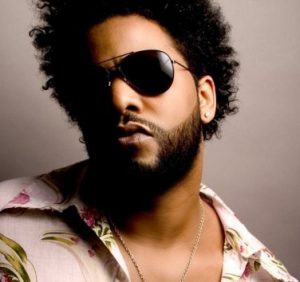 Artists United to End Poverty, a benefit album with contributions from local recording artists, poets and prominent figures in the community will raise awareness about poverty in Greensboro and proceeds from album sales will go to United Way of Greater Greensboro to help support partnerships that END poverty.

United Way of Greater Greensboro is creating a bold movement to end local poverty. Greensboro ranks 31% above the national poverty average. 57,000 Greensboro residents, which includes 25% of children, live in poverty.

Artists will sing together on a title track and submit individual tracks for the album. The album will be available for download on all major streaming sites and CDs and possibly a limited-edition vinyl will be sold.

A special announcement about the album will be made at United Way of Greater Greensboro’s Campaign Kickoff and Community on August 30, 5:30 to 8: 30 p.m. at Revolution Mill.

Fanatic says, “I felt compelled to get involved because I know the power of music and how it can help fix some of the issues that exist in the community. I witnessed that with The Culture Pushers tornado relief benefit concert. Hopefully this album will bring awareness to how real this poverty issue is in our city. The numbers are alarming. I’m excited to partner with United Way because after meeting and talking with them I can clearly see they are truly focused and committed to ending local poverty. As a record producer you dream of this ‘Quincy Jones moment’ where you can work with all these most amazing artist and musicians for a greater cause.”

“Greensboro is full of caring people who do not accept children going to bed hungry, or adults struggling to meet basic needs as our reality. This project will help spread awareness and fuel our local partnerships that are working together to end poverty. This album is a unique example of community coming together to help address an issue and our hope is that other communities locally and nationally will use this project as an example they can replicate,” says Michael Cottingham, Vice President, Marketing and Communications at United Way of Greater Greensboro.