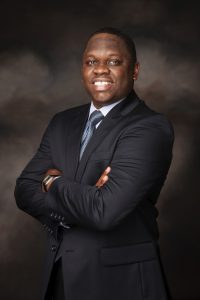 Additionally, the organization announced Charles Aris Executive Search has been selected to lead a national search for a new UWGG President and CEO. After reviewing four proposals, the executive search firm was chosen by UWGG’s Selection Committee led by chair, Michele Deuterman. Charles Aris will launch the search during the month of April.

As Interim Chief Operating Officer, Graham will report to Gethers-Clark until her last day and transition to reporting to Kim Gatling, UWGG Board Chair, until a new President and CEO is hired.

“I am humbled and honored to lead United Way of Greater Greensboro during this critical transition. Thanks to our board, extraordinary team, and committed volunteers, we will not pause in partnering with nonprofits, businesses and volunteers on behalf of children and families on their journeys out of poverty. The future of United Way is bright, and while we pave the way for new leadership, we will forever be grateful to Michelle Gethers-Clark for her lasting impact on our community,” says Graham.

Graham will serve as the voice of the organization with the Board of Directors, staff, community members, and key volunteers and will ultimately support the transition of the new UWGG President and CEO.

Immediately prior to joining UWGG, Graham served as Controller for the Community Foundation of Greater Atlanta, where he was responsible for organization’s financial operations of over $1.1 billion. At the foundation, he also co-led cross-functional Resource Deployment functions overseeing all grant-making, policy and civic awareness, donor collaboration, human resources, and volunteer/board engagement. Graham’s impressive career includes extensive financial oversight and management within education and faith-based institutions and working as a Senior Auditor for Ernst & Young, where one of his primary clients was The Coca-Cola Company.

Gatling says, “In accordance with United Way’s succession plan, Brian was identified as someone with strong financial acumen and leadership skills, and who has the combination of academic and large nonprofit experience, having come from the Community Foundation of Atlanta. He has also been intimately involved with the current strategic planning process. The board has complete confidence in Brian’s abilities to maintain organizational operations and provide a seamless transition for future leadership.”