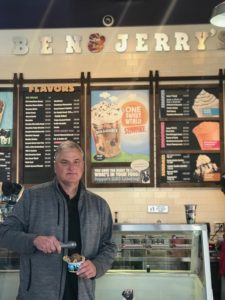 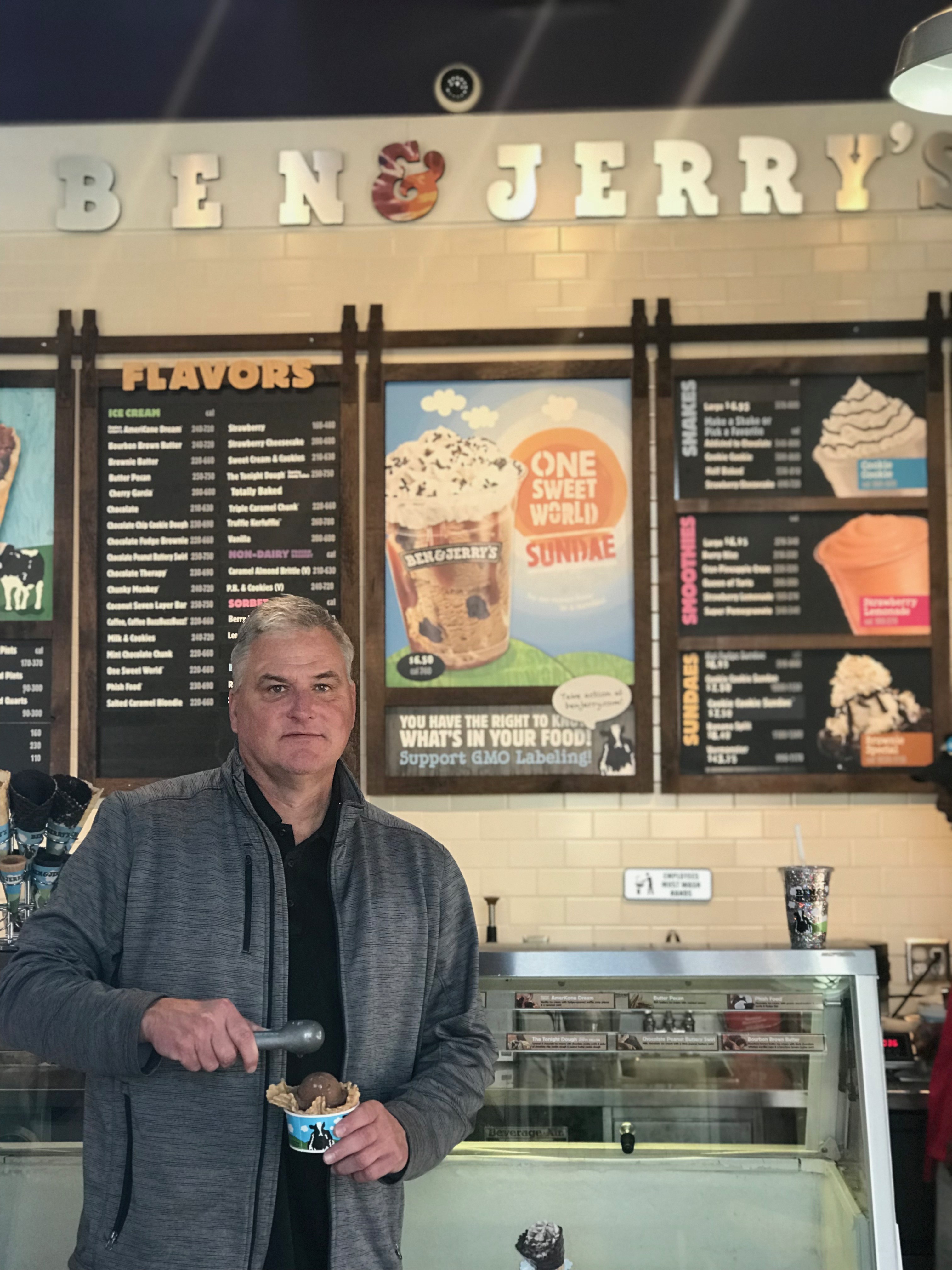 Every year, United Way of Greater Greensboro partners with organizations throughout the community to create meaningful impact in the community. Three years ago, Richard Golden, general manager of four Ben and Jerry’s in the Triad area, reached out to United Way looking to get involved in creating impact and to form a relationship with United Way.

Richard first heard about United Way through TV commercials as a child, but never fathomed that he would partner with this organization decades later. Through working with United Way, Richard realized that Greensboro, his very own backyard, was one of the hungriest cities in America. He felt compelled to do something about it.

Eradicating homelessness and hunger have always been causes that have been close to Richard’s heart. Coincidentally, United Way of Greater Greensboro’s primary focus is to address root causes of issues like homelessness and hunger. Through partnering with United Way, Richard and his Ben and Jerrys team have reached hundreds within the community through their Free Cone Day, Dollar Scoop Day, and United Way’s Halloween Trunk-or-Treat.

Through Ben & Jerry’s involvement within the greater Greensboro community, Richard and his team are helping to spread the word about United Way and giving people an opportunity to make an impact in their community.

“The best thing I like about United Way are that the people that I’ve associated with are very passionate and you can really get involved in an organization when there is passion,” says Richard. He has been truly surprised and inspired by United Way’s commitment to eradicating poverty in the Greensboro community.

Richard and United Way share similar dreams, in that nobody will go without. Richard says his dream for Greensboro is “for everybody to have a pillow to lay their head on… and it can be done.” Together, United Way and community partners like Richard and Ben & Jerry’s can make this dream a reality.

During the month of February, we’ve teamed up with Ben & Jerry’s to bring you something sweet. If you swing by Ben & Jerry’s at Friendly Center and drop off spaghetti dinner items and/or sign up for the loveGSO volunteer mailing list, you’ll get a FREE scoop of your favorite ice cream. Learn more.

Bonus: Throughout the month, Ben & Jerry’s will doante $5 of every Valentine cake sold! Order your cake today.