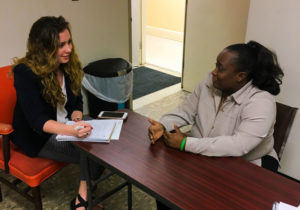 Dorothy Stroud was referred to the Family Success Center by Section 8 Housing after her case manager recognized her desire to build a better future for her daughter.

Dorothy initially came to the Family Success Center (FSC) seeking daycare. She soon she could also finish her GED – something she had always wanted to do. Dorothy exclaimed, “Childcare was the main purpose. But I came here, and they offered me a lot more. I saw all the opportunities that they had for me. Computer classes, GED classes, the Speaker’s Bureau, and HRD classes and I took advantage of some of that.”

Before the Family Success Center, Dorothy was unsure of what her next move was. “I was struggling,” stated Dorothy. When she decided to become a part of the FSC, Dorothy was assigned a career coach, Cameo Parks. She attributes much of her success and her plan for the future to Ms. Parks.

Dorothy shares that “before [FSC] I was just thinking about going back to work, but now it’s getting my GED, because I am going to have to do that and I want to do that. I want my daughter to see you cannot fail. You cannot quit, you cannot stop.”

The Family Success Center has played an integral part of helping Dorothy work towards her dreams. While being a part of the FSC community, she has taken it upon herself to serve as a motherly figure to many of the younger participants, offering guidance and a helping hand when she can.

Dorothy helped out a fellow FSC participant when she was going through a rough time. Dorothy enlisted her family and church to donate clothing to someone in need. She even donated some of her own child’s clothing. When recounting this event, she explained, “it’s all about helping. They help me. I gotta help you. We gotta help each other.” 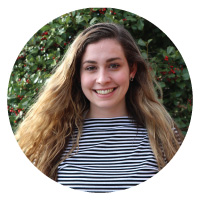